I had fond memories of the movie The Inspector General, which I watched as a kid on TV. Since some people I know had seen the performance of this Gogol play at NCPA, I stupidly did not research it and bought tickets. (They had said it was good). 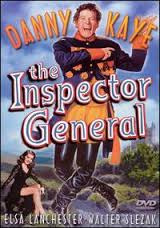 The performance took the bare bones of Gogol's play. It used the play within a play device, which I found jarring. The jokes were hackneyed. We couldn't hear most of the dialogues. The acting was amateurish.

Came back home and researched it. Surprisingly, it mostly had glowing reviews online. Hope others don't get scammed like we did. On Book my show, the first two rows of the balcony were full when I booked, but at the performance they were mostly empty. Strange.