write choice - I'm in the Paper! 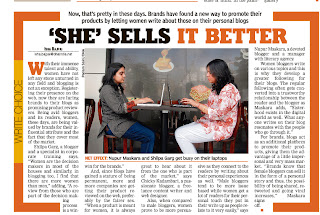 write choice My interview on blogging :)
Posted by nutty at 12:10 PM 3 comments:


I want to go to the land where people say “Fark!” instead of #@$%, as an Aussie friend of mine told me. The city looks vibrant, with Melbourne City Centre’s twinkling lights, tall buildings and blue, blue water.
I want to go on a walkabout there, in the tiny lanes, where I can stop and stare and not make way for honking cars.
I want to try surfing, see if I can master them waves. 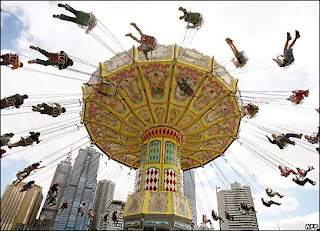 I want to attend the Melbourne Writers’ Festival. And the Moomba festival. Am sure a festival which has a name meaning “Let’s get together and have fun is on the right track.” I’m a culture junkie and I need my fix. The Arts Festival, the Comedy Festival, the Fringe Festival, I want to soak them all.
I want to see the Australian Open here. Hear the balls thwack against rackets, as players battle it out on courts.
Mmm…Melbourne. I want…Now. …it's your time to visit Melbourne NOW!
Posted by nutty at 5:12 PM 2 comments: