Coffee or Toffee? (a.k.a the Great Love vs. Arranged Marriage Debate)

How do you select a partner? Do you expect to fall in love at first sight or otherwise someday? Or do you decide the time has come to marry, and start scouting for a suitable boy or girl?

Many friends in love marriages have told me that they think arranged marriages are better- at least they can blame their parents if things go wrong. That’s a strange way of looking at things- wouldn’t you rather want things to go right?

I’ve seen many successful arranged marriages. They key seems to be similarity and difference. Similarity in class, and personalities that complement each other. In a love conquers all scenario, practicality often falls by the wayside. Even if wrinkles crop up, they tend to be ironed out in favour of being in a relationship.

The media hype which being in love gets, the privileged status it has in culture is nothing compared to that which being arranged enjoys- unless we equal it to getting a mate rather than being alone.

Getting companionship is often the driver, whether it is an arranged marriage or a love marriage. “Is your marriage arranged or love?” asked the parlour wali. “Arranged.” I replied. “Have you met?” was the next question. “Of course.” I said indignantly. It often seems that if you were a wallflower, only then would you go for the last ditch option- an arranged marriage.

You could be just picky. Maybe you don’t want to be in love for the sake of being in love. First impressions count- it’s probable a job interviewer thinks yes or no within the first few minutes of meeting you. Going with your gut is a good idea. Trusting your subconscious, which considers factors you may not even be fully aware of, is prudent.

Anyway, a love or arranged marriage only deals with the pre marriage stuff. What about after marriage? The making of the happily ever after? That takes work. It doesn’t matter if you met by chance or through a middleman. Once you’re married, being a duo instead of flying solo takes some getting used to. 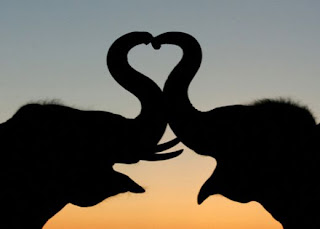 It’s fun to be a we and not an I. The relationship is equal whether it’s a love or an arranged marriage. In a love marriage you both know each other equally well and in an arranged marriage you both know nothing much about each other. Living together, managing expectations is more similar to living with a room mate than being a friend. Nothing is hidden anymore- whether it’s an untidy cupboard or a TV addiction!
Posted by nutty at 11:30 AM 4 comments: