Saw an awful play by Feisal Alkazi called Chaal. Based on Talented Mr. Ripley, it had simultaneous events on stage, flubbed lines and incomprehensible time jumps. Very unlike his usual work.
Posted by nutty at 8:29 PM No comments: 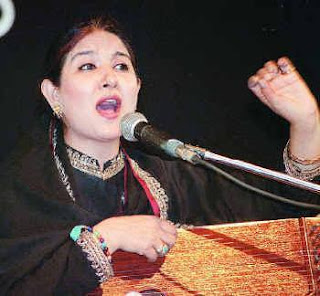 Jogging again. Hear a peacock call today. Apples and oranges now form breakfast. The Zila Khan performance was good. I like Sufi songs. Her voice is very flexible. Sounds of Isha was also very good. They had some unusual instruments.
Posted by nutty at 11:03 AM No comments:

Have discovered I write in bursts, by the seat of my pants. At least poetry- even if it's just about my day- has that theme. But it's fun to be able to put keyboard to screen. Now all I have to do is say something meaningful:)

But it's a huge kick to see that dot on your graph- you've already done a grand, and are more than half way through to the next one!

Of course having bonsais is a bit of a downer when the idea is to grow a plant...let's see..

Maybe I can develop the plot as the story goes along..I love it when the story surprises you.
Posted by nutty at 8:22 AM 2 comments: